Healing stones have always been popular and draw on an ancient history – but their effects are not proven. However, there is evidence for the use of healing stones in virtually all cultures around the world. The crystals or minerals are said to affect the body, the mind and the soul.

God has placed man on the earth like an exceedingly beautiful gemstone, in whose splendor the entire creation contemplatesHildegard von Bingen - Liber Divinorum Operum

The energy and power of the gems is usually based on vibrations of the crystal lattice. The atoms of each material vibrate: instead of being rigid on their lattice sites, they vibrate there. Such vibrations are always dependent on temperature: the warmer an object is, the more its atoms vibrate.

The color also has an influence on the gemstone’s effect, especially since different colors have different wavelengths. A red gem like the Ruby ​​absorbs all light waves except red. It reflects the red waves, which is why we also perceive that color. In the healing arts it is assumed that the reflected light waves affect our cells by means of biophotons and thus can dissolve energy blockages. 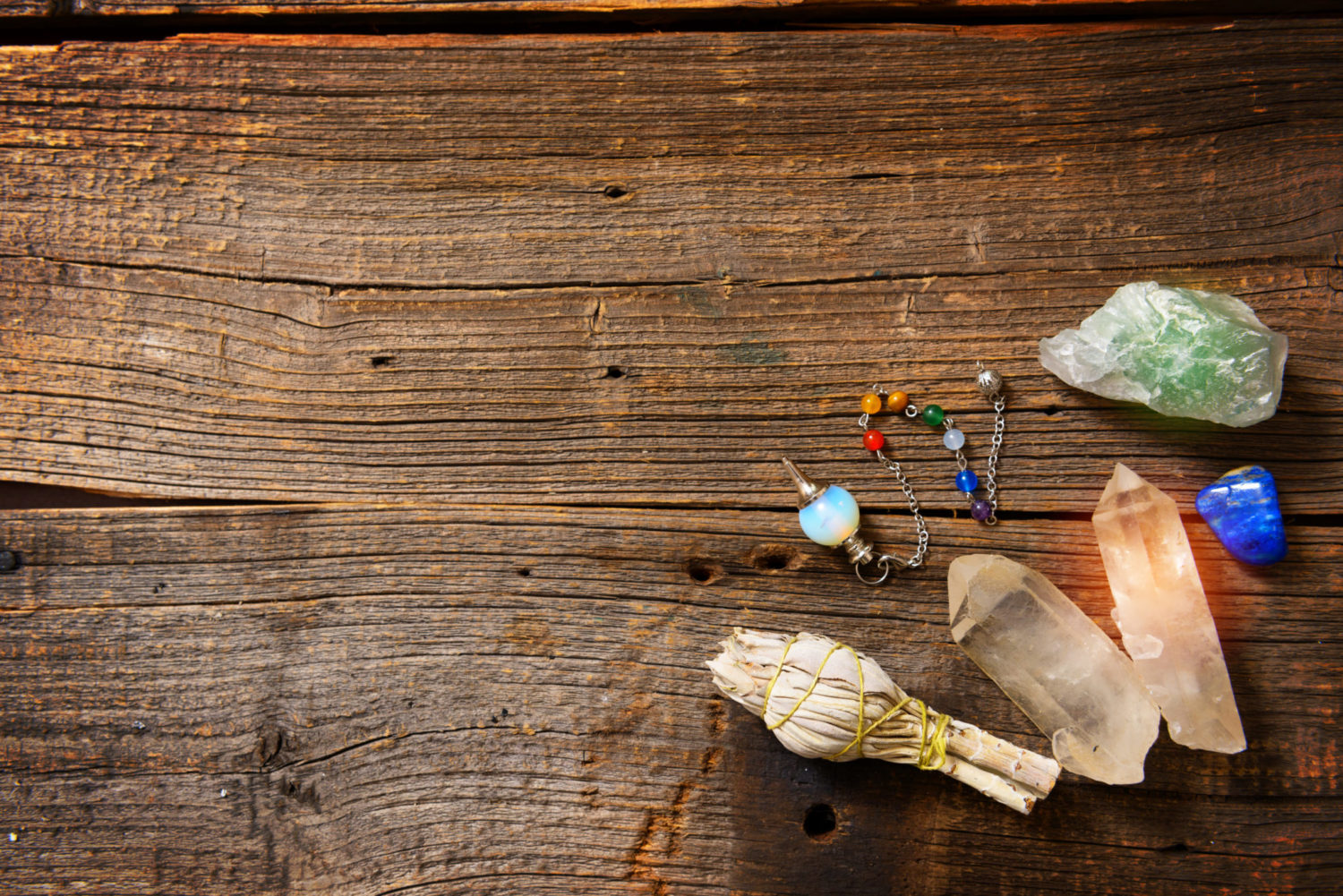 The color waves thereby influence the subtle body centers such as the chakras, meridians and aura, but also affect electrical stimulus lines of the nerves, organs and tissue. Since the color waves are constant and uniform, misaligned and chaotic frequencies can be harmonized and leveled.

Of course, gemstones draw on an extremely long history and were formed millions of years, even some billions of years ago. This ancient origin is said to influence the healing effect of the stones. In addition, crystal therapies are often associated with esoteric teachings. The minerals, for example, should not only act on our physical body, but especially on other energy levels like Prana (Od).

You may also be interested in the following guides: