The Emerald is probably one of the most well-known gemstones worldwide. In Ancient Egypt it was very popular because of it’s brilliant color and impressive radiance.

This gem belongs to the group Beryls in the mineral class of germanates and silicates.

The name Emerald comes from the Greek σμάραγδος, which means green stone. However, it was borrowed from Sanskrit, Marakatam, meaning green. However, it is believed that the word ultimately stems from the Semitic word meaning shining or lightning stone. 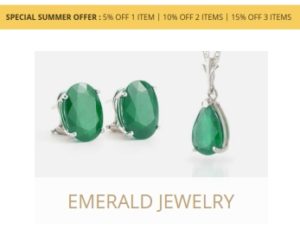 The Emerald lends its name to the Emerald cut, which is an octagonal, step-like cut. Because the gem is brittle and shock-sensitive, the cut is highly important.

Inclusions, unlike in other gemstones, increase the value of the Emerald. These inclusions are referred to as jardin.

The Trapiche Emerald, with inclusions that cause a hexagonal wheel-like pattern in the gem, is extremely rare. Moreover, Emeralds with cat’s eye formations are highly prized.

The Emerald is especially assigned to Cancer. It is also the primary stone for Libra. 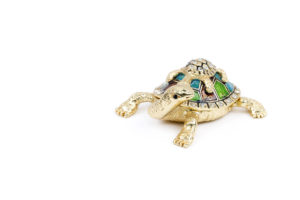 The Emerald’s prominent characteristic is its glowing, warm and satiny radiance.

Purity, cut and color determine the brilliance of the gemstone. While inclusions generally affect the price of gemstones negatively, they are perceived as particularly beautiful in high-quality polished Emeralds.

This gemstone has a lapidarian cut named after it: the Emerald cut . This cut emphasizes the brilliance of the stone and is ideal for its brittle and sensitive structure.