Gems have been used for healing purposes since time immemorial. In almost all cultures, there is evidence of the use of healing stones. For example, the ancient Babylonians and Assyrians made various tinctures using gemstone water.

In Ayurvedic medicine, too, there are precise instructions recorded for making pastes, elixirs or powders with gemstones. In Europe, the most widely known gemstone therapy was documented by Hildegarde von Bingen.

Today, proponents of gemstone therapy assume that the different vibrations of the atoms in the crystal lattices of the stones can positively influence the body’s vibrations. 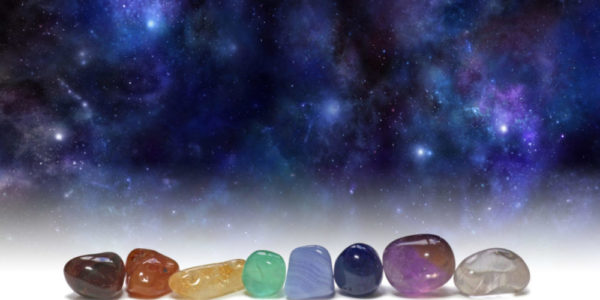 The History of healing stones