Realgar is a very soft and poisonous gemstone. In ancient times people used the orange-red mineral as a color pigment and in the Middle Ages for glass production. Furthermore they used Realgar, because of its antiparasitic quality, for healing. For example, Taoist statues contain the mineral because of its healing effects.

Realgar contains a high levels of arsenic, which is deadly to parasites and humans alike. Today it is only used in exceptional cases and with great care, usually to make pigment. Some synonyms for this mineral are: Red Arsenic, Ruby ​​Sulfur, Red Orpiment.

Realgar is Arabic رهج الغار (rahǧ al-ġār / rahj al-ghar) and means “the powder of the cave”. This name probably came about because the gemstone was extracted from mines. Although they already knew the gem in ancient times, the Swedish Mineralogist and Chemist, Johan Gottschalk Wallerius, first described it in detail in 1747.

Realgar’s color is an impressive orange to red, which is why cultures commonly used it as a pigment in ancient times.

Realgar belongs to the mineral class of non-metal sulphides. It is an arsenic-sulfur mineral and its chemical formula is As4S4.

Since Realgar contains arsenic and is poisonous, it cannot be cut for jewelry. 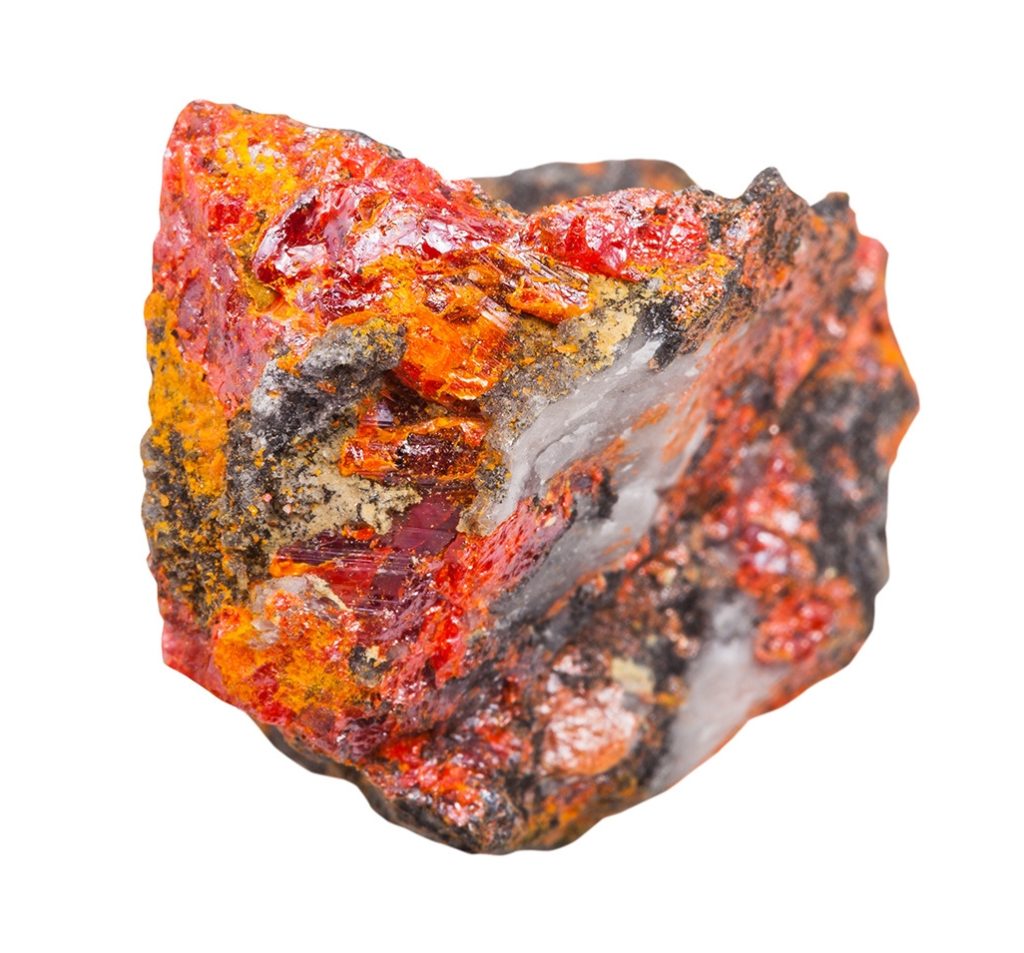